Why Lunar? Mangosteen’s white fruit resembles little moons with a rind that’s the color of the night sky.

• Tropical taste, both sweet and tart
• Flavors like peach, strawberry and lychee

Why Lunar? Mangosteen’s white fruit resembles little moons with a rind that’s the color of the night sky.

Originally from Southeast Asia (Thailand), Mangosteen can now be found in a number of tropical regions worldwide. The deep purple color of its rind develops when the fruit is ripe; it must be harvested when slightly underripe but must be fully mature in order to ripen after picking. Sustainably grown, it is dried at low temperatures and ground into Mangosteen Organic Fruit Powder. Mangosteen is a rather obscure, exotic fruit, but those who enjoy the delightful taste of its juicy, bright white flesh know that it is highly nutritious with its powerful antioxidant compounds known as xanthones. Mangosteen earned its nickname, “Queen of All Fruits”, as Queen Victoria’s fondness for the fruit was widely known, with its flavor reminiscent of a blend of peach, strawberry, and lychee. Traditionally, Mangosteen was used on the skin, as the rind of the fruit was thought to be a natural astringent. 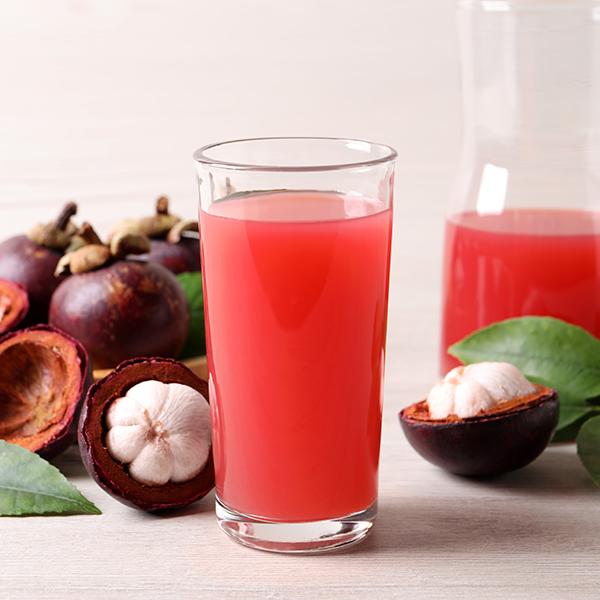